For lots of very good reasons, we have more than our share of military veterans in the freedom movement. When I’m traveling the country and meeting new people every day, I get to hear a lot of their reasons for joining up. They’re usually the same handful of reasons and my own reasons for enlisting were no different: patriotism and the desire to protect America from terrorism, a need for the adrenaline rush, money for college, a steady paycheck and guaranteed benefits, etc. It took going to Iraq for me to realize that everything we’d been taught about America, military service, and freedom are wrong. We weren’t over there fighting for the freedom of Americans or Iraqis. We were used as pawns for the military industrial complex so that a few well-connected defense contractors could keep making easy money. 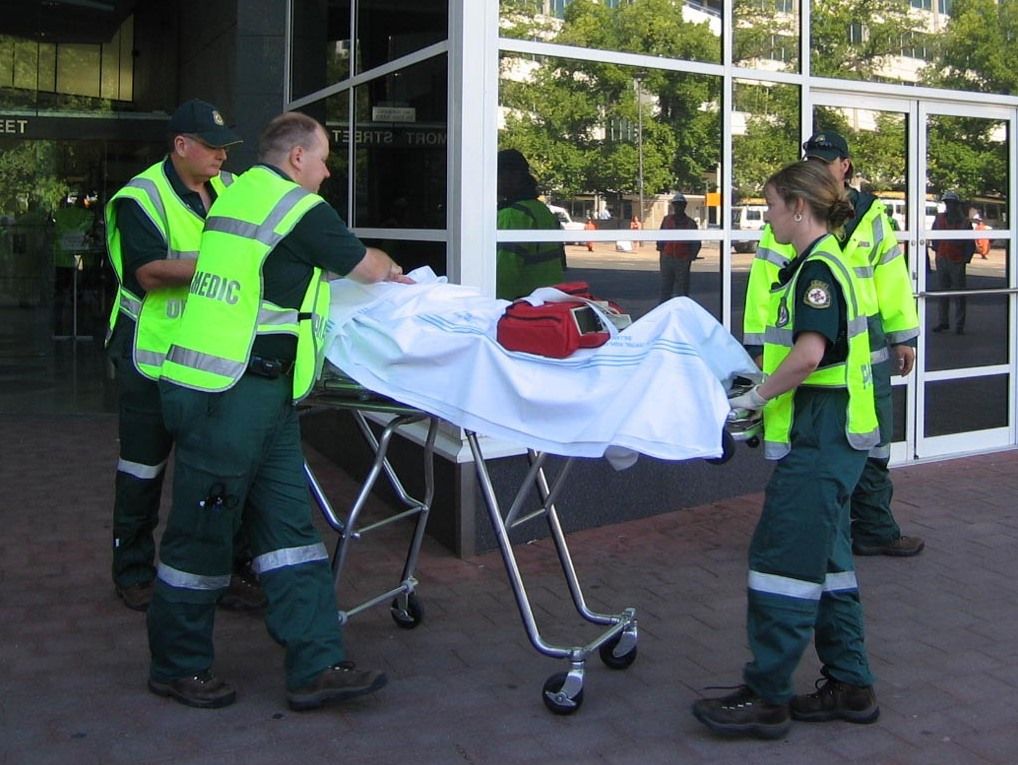 If there’s nothing I can say that will convince you that joining the military is a bad idea, I can at least offer you a few alternatives. These jobs actually protect people’s lives and freedom right here in America.

Paramedic – Combat medics save lives, but they’re still trapped in the military industrial complex. Instead of being a combat medic, you could be a paramedic. Paramedics literally save people’s every day. No one can be free if they’re not alive! Americans are way more likely to be shot by gang members than by terrorists. Either way, they’ll need an ambulance, not a National Guard medic.

Firefighter – Ever notice how a lot of your friends feel uncomfortable, even threatened, when they see a police car drive past? Ever notice how nobody gets uncomfortable when they see an ambulance or a fire truck? Like paramedics, firefighters save lives. That’s why most agencies train and hire firefighters to be both! Almost as importantly, firefighters will risk their lives just to protect homes and private property, even when civilian lives are no longer at risk. They also run in and out of burning buildings—how’s that for an adrenaline rush?

Public defender –Ordinarily government jobs are to be avoided, but being a public defender for a county court system can make a huge difference in many people’s lives. The state will go after anyone, guilty or innocent, and people are really guilty until proven innocent. Think of how many nonviolent drug offenders are in prison today! If you want to go into a private practice and make lots of money, you’d still make a big difference by occasionally taking on pro bono cases. Who knows, you might even get a client who will make it to the Supreme Court like my dad, and win! (Kokesh VS The SEC)

Cryptocurrency trader/consultant – The Federal Reserve system is at the head of a giant debt trap—a government-approved racket of historical proportions. Trading in cryptocurrencies, which are steadily appreciating in value against the dollar, which is steadily declining in value, is very profitable. Educating the less informed about cryptocurrency market trends will help them make better trading decisions and help them make more money. Getting more people invested in cryptocurrencies will free Americans from the economic slavery of the US monetary system. Best of all, cryptocurrencies aren’t recognized as money and aren’t taxable, so incomes will go up while tax liabilities go down.

I understand that everyone (but especially young people) needs to feel like they belong to something bigger than themselves. I understand the need to challenge yourself, and the need for positive recognition and praise. I also recognize the moral and philosophical reasons motivating people to fight for ‘freedom.’ But America’s freedom is not the same thing as Washington DC’s global empire. If you want to fight for freedom, try out one of these other jobs that actually make a positive difference in the lives of Americans.