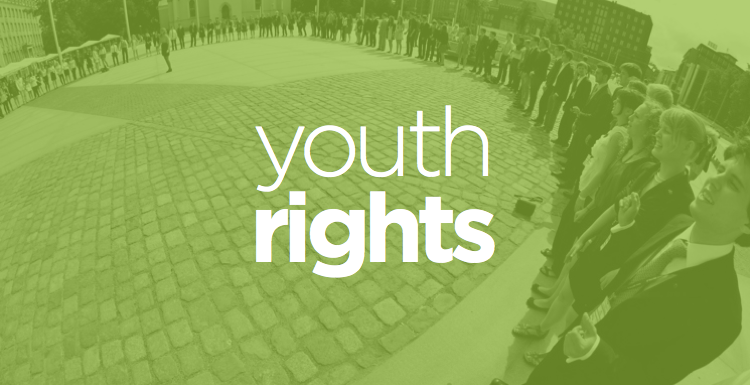 In the United States, you can enlist in the military at age seventeen. You can drive and pay taxes on your income at sixteen. You can be tried as an adult and sentenced to life in prison at age eleven. But you can’t vote until you’re eighteen. If kids are the future, they should have a say in it!

While historically, most adults have opposed lowering the voting age on the grounds that “children” are not mature enough to vote, since Trump and Obama, it’s been impossible to say that with a straight face.

Of course, understanding what government is requires this to be put into context. Because government is an illegitimate, unethical institution, no one has a RIGHT to vote, but since governments hide behind that for their legitimacy, it should be attacked. Unless you are voting in a voluntary situation like a company or community organization, voting for a ballot measure to reduce the violence of government, or voting for someone to abolish an office, voting is an attempt to choose someone else’s leaders for them.

The fact that government says you magically get a new set of rights on your eighteenth birthday that you didn’t have the day before reveals the arbitrary nature of rights when defined by government. When I was a kid, I really resented age discrimination and I promised myself that when I crossed that line, I wouldn’t forget the people still on the other side.

This isn’t just a matter of principle, but as with most of the times we apply our principles, we find positive outcomes. Young people tend to vote libertarian more than old people. In other words, the older that Americans get, the more likely they are to vote for the old parties instead of voting Libertarian. It’s as if the older they get, the less they care about the future! “Screw it! It’s never worked before, but I’ll just vote Republican/Democrat again!” Kids have way more skin in the game for the long run, and allowing the youth to be involved in politics without withholding their rights for arbitrary reasons will only accelerate the demise of the coercive state.