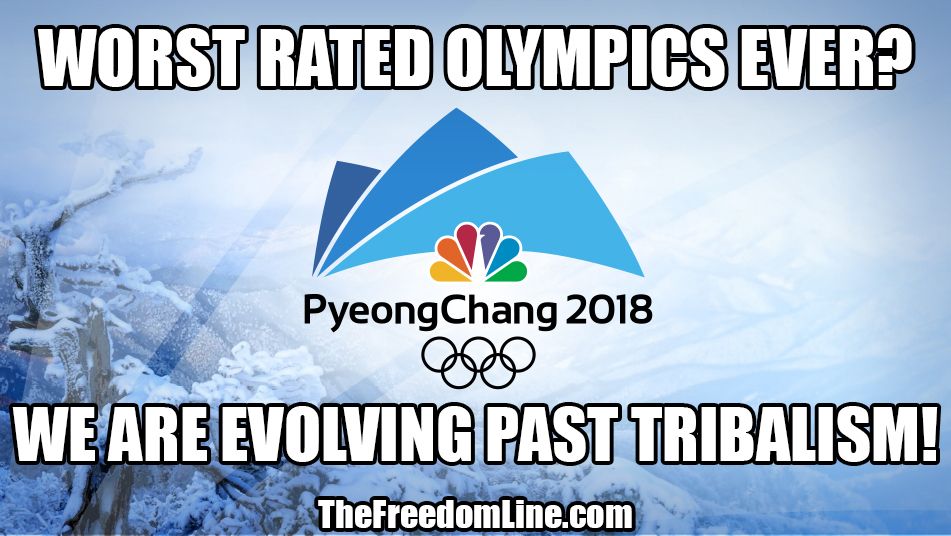 In more primitive times, when humans lived in small groups or tribes, it was in the best interest of our survival that we fear outsiders and distrust people who did not look, speak, or act like the members of our tribe. This fear of outsiders is a deeply ingrained part of human nature. Today, we call xenophobia “the irrational fear and distrust of that which is perceived to be foreign or strange.” At some point it was rational, but only because we did not yet know how to live in harmony as we do today. This tribalism today is manifest as racism, bigotry, and nationalism. This is why people fight over bits of cloth. Symbols that evoke emotions. Emotions rooted in the psychological basis for tribalism. However, as much as the mainstream media wants to promote division and sensationalism, the overall trend is clear: we are becoming less tribalist over time!

When we are able to see our fellow human beings as just that rather than as members of a different tribe, we put our shared humanity first and see what unites us instead of what divides us. Historically, the Olympics have been an orgy of tribalism. Governments are happy to sponsor and promote the games because they reinforce the tribalism that is the foundation of their power. When we see ourselves as members of the global human family rather than as citizens of a particular nation, the power of governments to use our emotions to exploit us is severely diminished. This is why there is such outrage about Colin Kaepernick and other football players kneeling for the national anthem. This is why Trump demands that they stand. But more importantly, this is why ratings are down for football. There may be an accelerated slump in the ratings from the NFL not being collectivist enough, but the longer-term decline is because the temptations of tribalism are not as strong in a more enlightened world. Cities love subsidizing sports with stadiums and sweetheart deals because they reinforce tribalism. The military loves advertising at sports games with military/nationalist ceremonies because they can easily pervert the beautiful voluntary collectivism of sports into a violent pro-government collectivism. They are standing against human progress by robbing through taxation in order to manipulate people’s emotions and they are losing because they are fighting a rising tide of human unity. 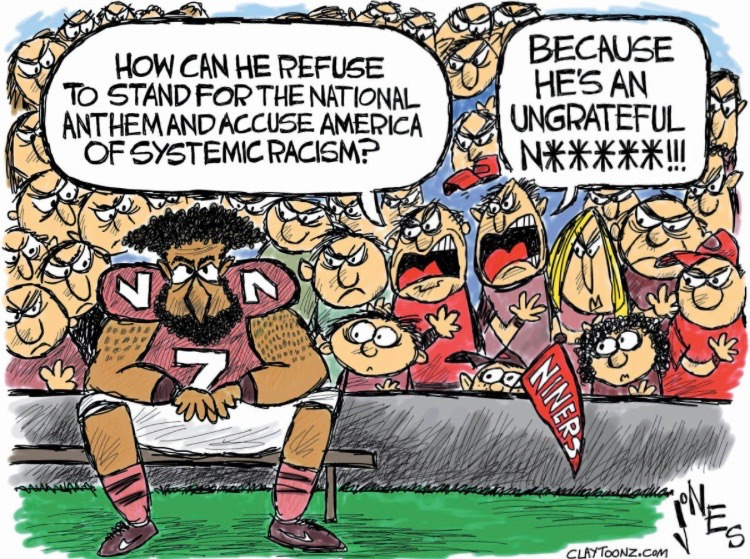 I love sports. I was a brutally enthusiastic rugby player. I even played for the Marine Corps team one year. I guess that makes me a former professional athlete. (Also a former professional mercenary for politicians.) I still work out and run with my dog and engage in friendly competition whenever I have an opportunity. I love all my fans around the country who have invited me to participate in everything from kickball to kubb. It’s beautiful to see that we are starting to separate sports from nationalism and forced collectivism, and tribalism. I see the decline in ratings for the Olympics and the NFL as part of a beautiful trend in human progress that will clear the way to unite the entire human family in love and freedom.