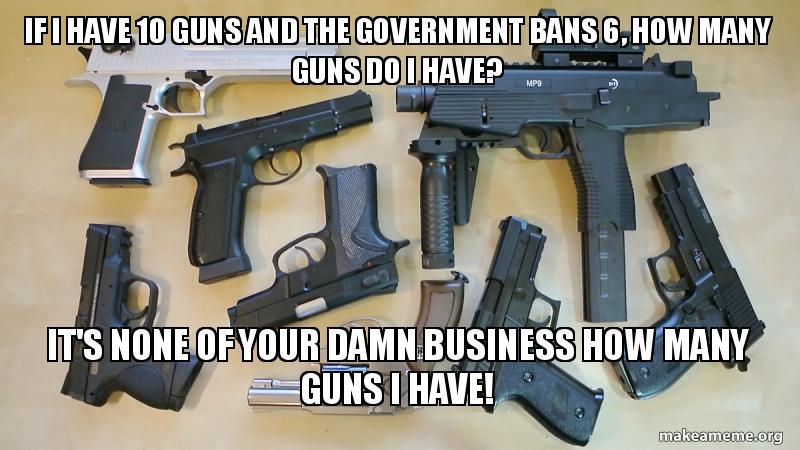 The only reason I would need a special right to own a gun is if my general right to property is not respected and someone claims to have the right to decide what property I can and can’t own based on their preferences. I have a right to own property just as I own myself. My right to self-ownership means that I can own whatever property I homestead or acquire legitimately. That means that you, and no government acting on your behalf, have ANY right to control my private property in any way. In fact, it is unethical for you to attempt to interfere with my free exercise of my property rights. 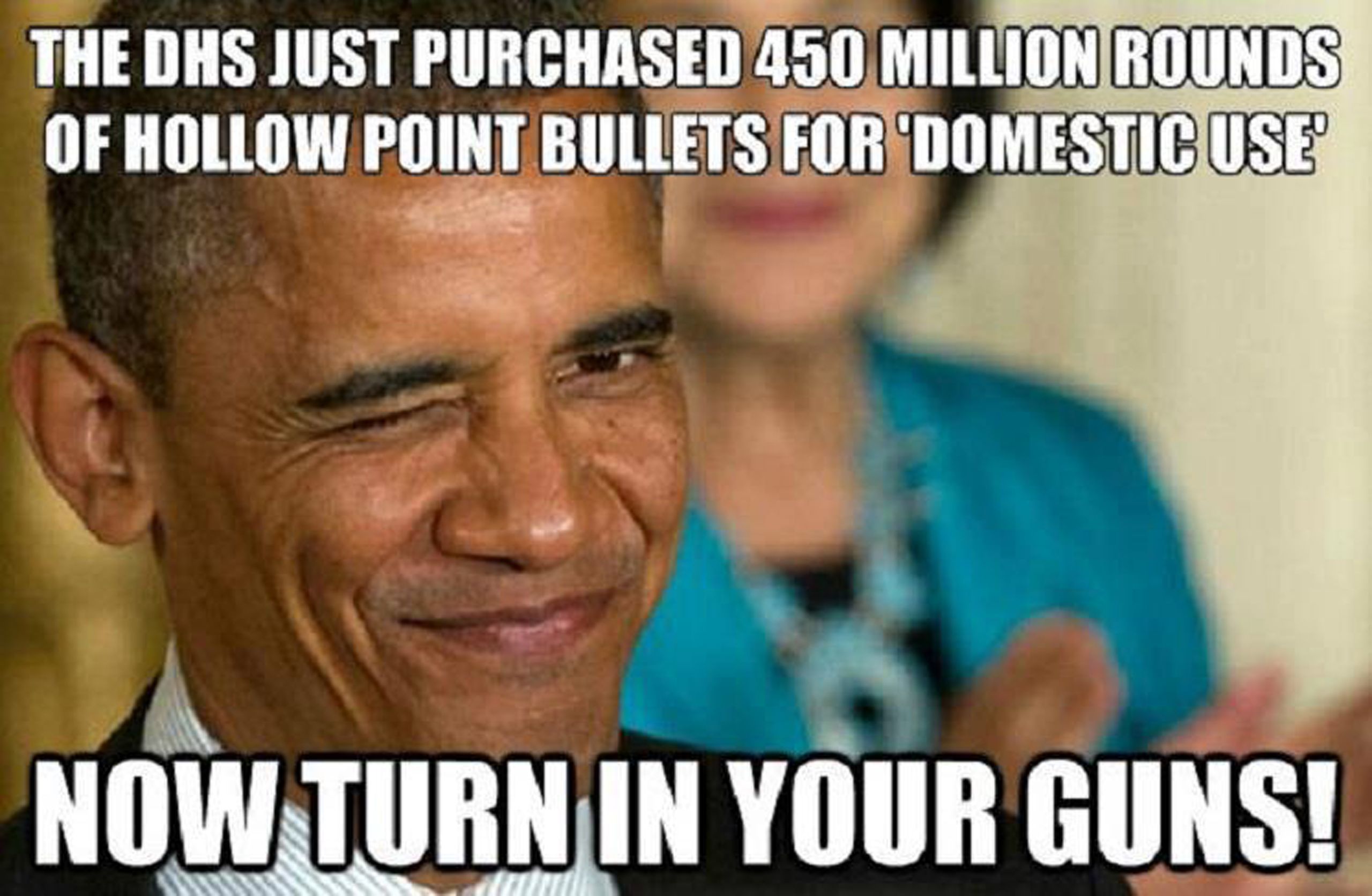 While many “freedom-loving” Americans seem to think that their rights come from the Constitution, sadly, this is a measure of just how deeply ingrained this propaganda is. Your rights are inherent to your humanity. They are not granted privileges from any external authority. Part of the danger of thinking that your rights come from authority is that they can be taken away by that authority. Some will say, “My rights are granted by God, but protected by the Constitution.” Really? They are? How’s that working out for you? Even the acceptance of the idea that your rights can be parted out into separate components leads to the danger of them being taken away one at a time. And of course, any honest student of the Constitution knows that it’s premised on authority being able to violate your property rights. It authorizes theft in the form of taxation after all. If a libertarian is someone who believes in ethics and the nonaggression principle, than it should be obvious that the correct position on guns is not pro-gun or anti-gun. Being pro-private property makes the whole debate irrelevant. In fact, being pro-private property will lead to “anti-gun” positions in some cases. If you own land and want to ban guns on your own land, that is your right. If you own a business and want to ban guns in your business, that is your right. If you want to form a community with private property where everyone contractually agrees to not have firearms, then that is your right as well. Yes, as a libertarian, I want you to be able to form a gun-free zone. I’ll just never live there, and probably won’t visit. 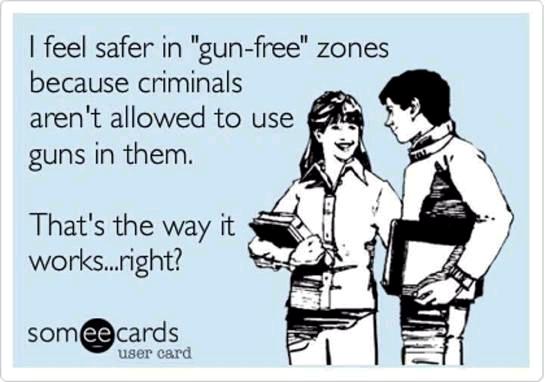 While those may be the obvious “anti-gun” libertarian positions, there is a bigger point to be made here in the debate on guns where the libertarian analysis is uniquely capable of maximizing VALUE for everyone. While I’m certainly pro-gun in the sense that it’s part of your right to own property, in SOME WAYS, I’m actually anti-gun. In fact, everyone is. You want a gun pointed in your face right now? Before I go any further, I have to display some “pro-gun” credentials here. I once loaded a shotgun for a YouTube video in civil disobedience two blocks away from the White House in the ironically named, “Freedom Plaza.” As a result, my home was raided, a flash-bang grenade was thrown at my dog, three laser sights were pointed at my chest, and I ended up doing four months in jail. Until I became a convicted felon and the gun part of my property rights were taken away by threat of force, I always owned and responsibly carried guns. As a convicted felon in America, if I am found in possession of a firearm, I can be locked in a cage for up to ten years. 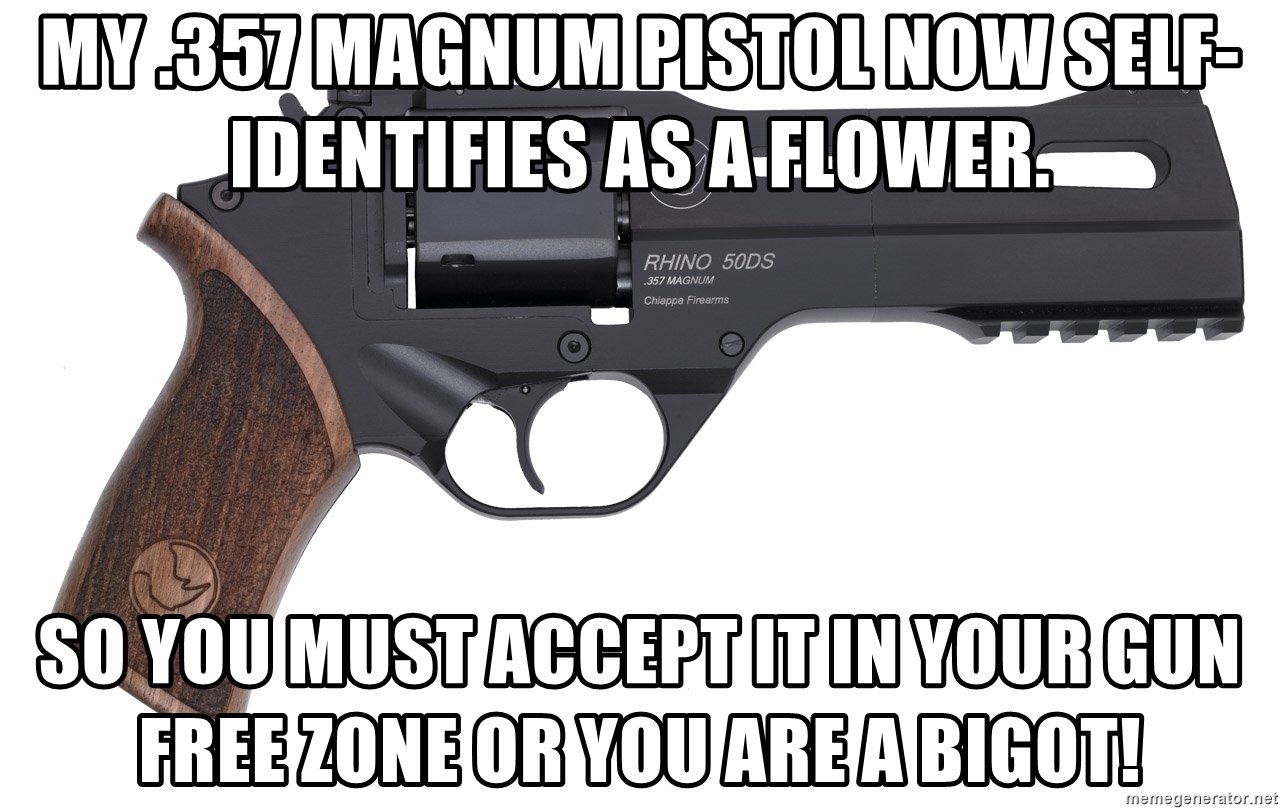 I will never object to you owning whatever you can acquire ethically and doing whatever you want on your own property. With today’s technology, carrying a gun is the most effective means of defense in some situations and we’d be safer overall if more people carried responsibly. To me, that means if you’re going to carry a firearm for self-defense, it’s irresponsible to not also be carrying pepper spray and/or a taser. You should have that ability to escalate without going straight to deadly force. Carrying a gun means being ready to apply deadly force, but is that in line with maximizing value? What if we had the technology of Star Trek style phasers that could be “set to stun?” If you had a phaser, you could shoot someone in the pinky toe and disable them completely without damaging their body or taking their life. In terms of self-defense, this is actually MORE effective than a gun AND preserves the value of the persons life. You absolutely have the right to defend yourself as YOU SEE FIT when threatened with bodily harm, but the market will most certainly express a preference for preservation of value and when firearms are obsolete, I would not let you carry one on my property for self-defense. (Assuming government is gone by then, we can still go play with shotguns in my backyard!) In many cases of serious assault, the assailant is not in their right mind and may have been drugged or having a mental break down. If you are assaulted, wouldn’t you want the assailant to be able to pay you restitution and make you whole?

The reason governments care so much about restricting “gun rights” and why it’s so important to assert them, is that government wants to have a monopoly on violence. It is never a legitimate authority and so it must force itself on people. (Good ideas don’t require force!) While asserting the right to own a gun is critically important right now, ultimately, it’s another distraction issue that the powers that be use to keep us bickering and divided. Ultimately, asserting the universal right to self-ownership and property is much more important, and much more unifying. We cannot be distracted by such petty, misguided issues if we are going to unite left, right, and center against the common enemy of big, centralized government.