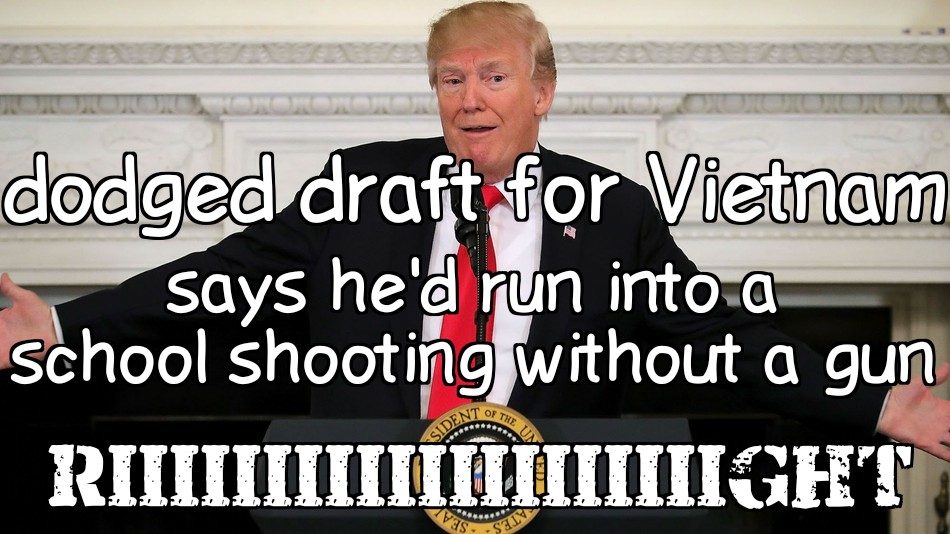 Every day, President Trump gives me a new reason to say, “I told you so!” From amnesty, to protectionism, to interventionism, to gun control, to suggesting that America have a President for life, he reveals his true nature, one that many of us were able to see through all the braggadocio of the campaign. Trump is the greatest trick that Democrats ever played on Republicans. I suppose it’s more accurate to say that Trump is the biggest trick that bankers ever played on America, but measured on that scale, he’s chump change. Someone who worked intimately with Trump on his campaign in the early days who wishes to remain anonymous told me before the primary was over that Trump wasn’t worth nearly what he said. No surprise, right? Instead of being worth $10b, he was ONLY worth a few hundred million. (We should all be so lucky!) But it’s a really big lie that hides the important reality. It’s true, Trump can’t be bought. He’s been owned by the bankers since the beginning. 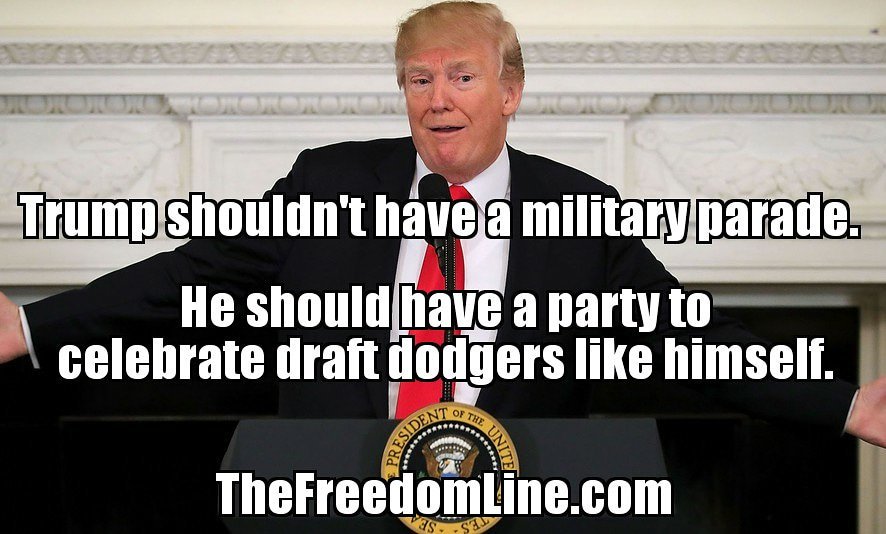 I made the first meme in this post to point out the hypocrisy and absurdity of a man who has always been it for himself saying that he would intervene in a school shooting. Some of my fans jumped in to say that I shouldn’t criticize Trump for the heroic act of draft resistance. The problem is that it’s not heroic if you don’t come out and stand on principle like Mohammed Ali and it’s worse if you prove that it was completely self-motivated and unprincipled by spending your time as a politician blowing endless smoke up the butts of those who do violence on behalf of politicians. But hey, they work for him now, so why not be grateful?

Trump wants to have a military parade. We should have a party to celebrate draft dodgers instead. I don’t think we have a chance to shock his conscience because I’m not sure he has one, but perhaps we can shock the American people into waking up from his spell. Or rather the spell of the bankers and other government profiteers and puppet masters who pull his strings. If Trump hosts a military parade, I hope there is a parade of freedom-lovers following it to celebrate the fact that Trump dodged the draft.

It’s shocking that a serial liar can do what he’s done. Have the American people so little respect for the truth? Are the comforting lies really that comforting? I don’t think that’s the case. The illusion is wearing thin. It’s time for America to embrace the truth. The truth is that America is too good for this government, and really any government at all.