When I got arrested in January in Texas and did ten days in the Wise County Spiritual Retreat for Freedom Activists (jail) I was in the middle of writing my war memoir, ‘Hot, Dirty, & Dangerous’. I’ve been getting back into it recently and stumbled across what you’re about to read below as I was going through all my old documents. I wrote this soon after coming back from Iraq. I was still in the reserves and still in college and my head was still spinning. Reading it now makes me appreciate what so many veterans still have to process. I hope that reading it gives you the same appreciation, because converts to libertarianism who used to be the violent enforcers of government policy are important assets to the movement. Many of us have been propelled to freedom specifically because of our experiences and we are uniquely suited to separate current enforcers from their obedience to the state and to challenge the security statists who think that we were “fighting for their freedom” in the Global War of Terror. 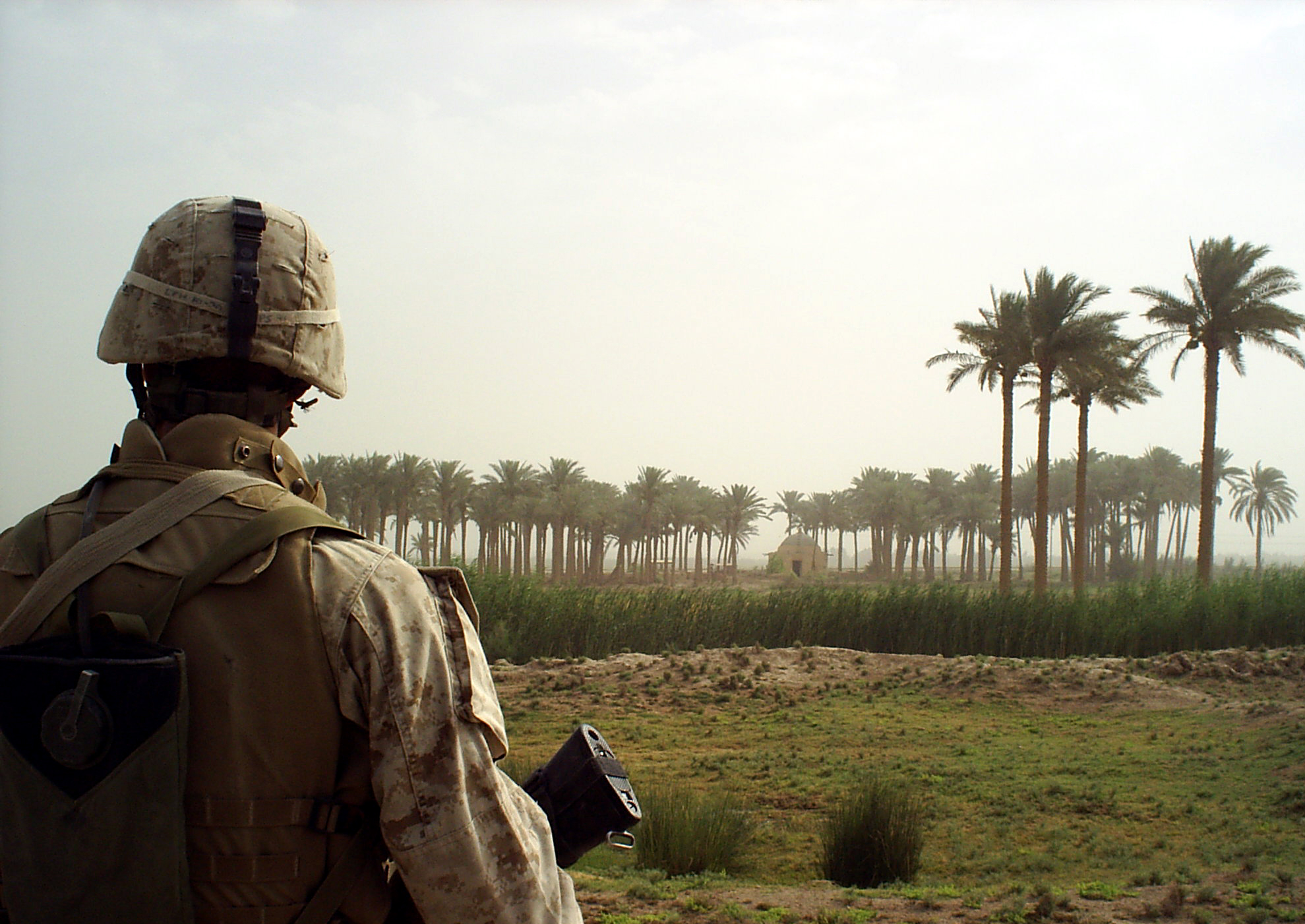 Waking Up From a Bad Dream

Not every student at CMC gets the full range of study abroad opportunities sponsored by the government. Some of them require rigorous physical fitness requirements, extensive background checks, and a suicidal streak. But with a little extra effort, you can go from a student at CMC studying and going to class one day, to a US Marine in Fallujah getting shot at the next. There’s even a foreign language offered there, if you’re willing to put in the extra time.

I graduated from Native American Preparatory School with the class of 2000 and deferred my enrollment at CMC in order to do something I always wanted to do: run away with the circus. Unfortunately the circus wasn’t hiring, so I joined the Marine Corps Reserves instead. When the United States invaded Iraq, my reserve unit (November Battery, 5th Battalion, 14th Marines, an artillery battery of 155mm Howitzers) got extremely excited. We were told to write wills and powers of attorney. “We’re on the list, we’ll be in the next wave.” “Don’t do anything you wouldn’t do anyway, but be ready.” But soon it was clear we wouldn’t be leaving anytime soon. At our December 2003 drill, our Commanding Officer made a very important announcement: the 3rd Civil Affairs Group was looking for volunteers from reserve units that were not being immediately deployed to go to Iraq for the next rotation. After a lengthy and difficult administrative process, I was a member of the 3rd CAG and on my way to Iraq, ready to fulfill the purpose of my enlistment.

I was assigned to Team 10, 1st Regiment Detachment. We were the roving tactical team for the regiment that was responsible for a large area immediately west of Baghdad that included Abu Ghraib, Al Karma, Nasr Wa-Salam, and Al Fallujah. Because we weren’t assigned to a specific area within the regiment’s Area of Operations (AO) we got to see a lot of it. We were the team that solved problems that other Civil Affairs (CA) teams were not prepared to handle. At first they didn’t know what to do with us and we spent most of the first month in country providing security for convoys for senior CA officers. During this period I got my first taste of combat when I was “volun-told” to be a driver in a convoy to the last joint city council meeting held in downtown Fallujah and we got ambushed on the way in, and then attacked during the meeting. I was extremely cool under fire. Probably too cool. It would turn out that on our team I was the relaxed, reassuring guy who cracked jokes while getting mortared, and our Corporal was the jumpy one who always made sure that everyone had their flak jackets and kevlar helmets on. I highly recommend having both types with you if you ever have to go to war. 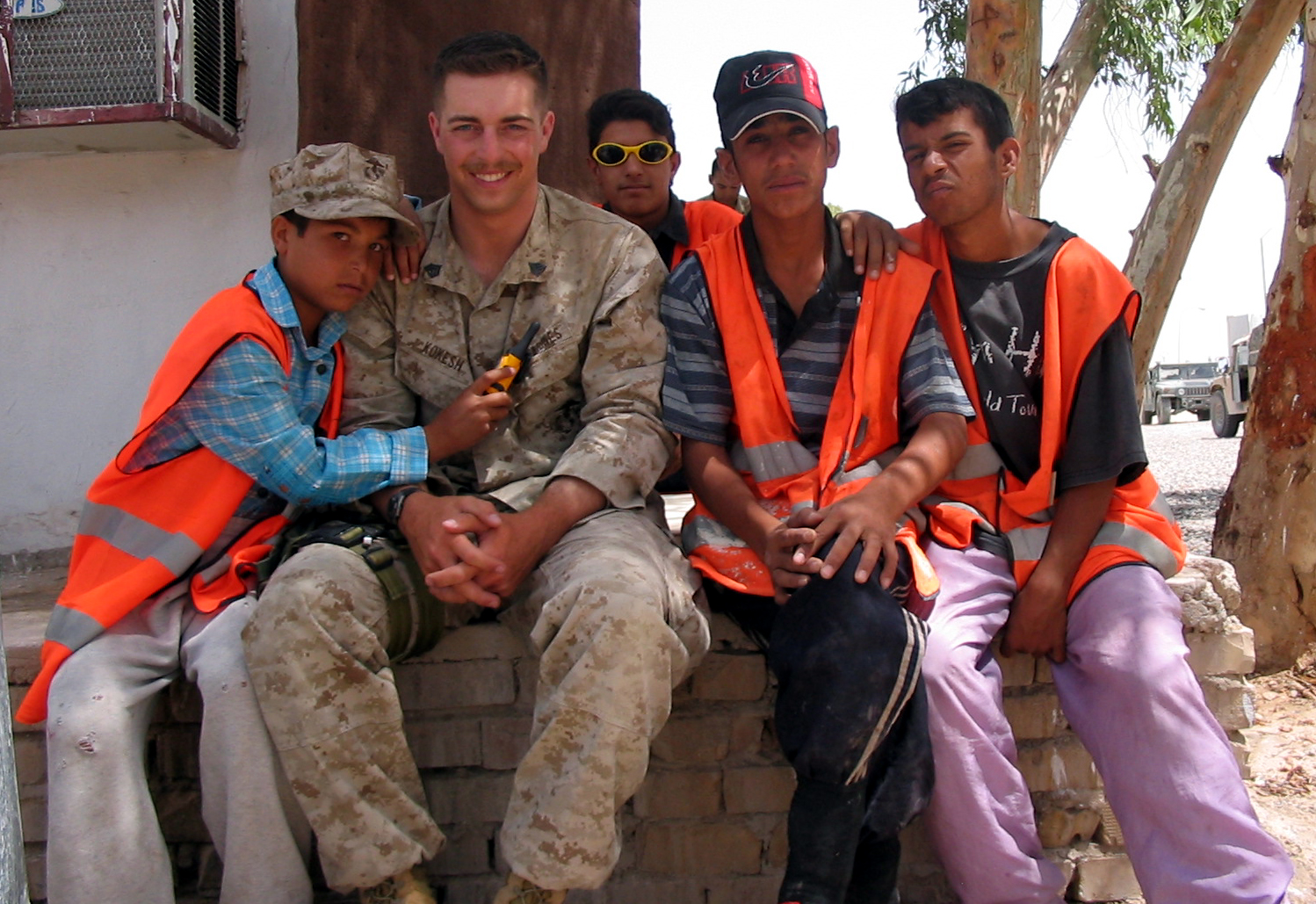 After that we were attached to a company in the battalion that was responsible for the Fallujah area. They were guarding an ammo supply point to the south when the siege happened in April. We had no choice but to tag along. They told us to pack for three days. We had no idea what we were in for. That was our 18 days of combat. We distributed Humanitarian Rations, (humrats as we called them) conducted assessments of the bridges, the hospital, and various homes, and helped out with various checkpoints and other combat operations, including patrols, processing detainees, and casualty evacuations. All while getting shot at, mortared, rocketed, and RPGed. Those were the days. For the rest of the time our team spent in Iraq, we would always look back at that experience fondly. We spent most of the rest of our tour establishing the Fallujah Liaison Team facility (FLT) as a functioning Civil Military Operations Center (CMOC) where civilians and local leaders could interact with the military in various ways.

When we left in February we were told we wouldn’t be coming home until October. So I spent a lot of time thinking about how much fun I was going to have between October and school in January. I was going to travel a lot, write a book, and so on. In July they told us we would be back in early September. My immediate reaction was, “What’s the end of the add-drop period again?” I got online at the internet café at the main base to find that it was September 13th and I’d be back at least a few days before that so I emailed the Registrar and Residential Life Coordinator to make arrangements. Everything was going well until our arrival date started getting pushed back. But I was able to get syllabi from two of my professors, ordered a few books from amazon.com to be delivered to Camp Fallujah, and even emailed an assignment in. I got back September 14th, missed my first class that day, and was ten minutes late for my second, still in uniform. I had to use the old, “I was in Iraq” excuse. Works every time. After class I walked around campus a little bit in a daze. I couldn’t hold a normal conversation with anyone. I had a number of anxiety attacks those first few days back. That 5-day-weekend was supposed to be our time to relax before returning Monday for administrative demobilization. I went to class, moved into my dorm, and tried to catch up on some reading.

I went out to the normal on-campus parties that weekend to see all the people I hadn’t spoken to in 7 months and was eager to see. I didn’t feel comfortable getting drunk, and the crowds made me very nervous. In CA, it was often my job to interact with crowds, usually groups of children in villages or men at my checkpoint at the FLT. But I always had a rifle and a pistol and I always had someone watching my back, usually with a machine gun. A cardinal rule for interacting with crowds was to never let anyone get behind you. We had all heard the horror story of a Marine who was killed with his own pistol. When crowds got close around me I would often just leave one hand on my pistol and let my rifle dangle on the sling in front of me. Every time someone bumped into me from behind at a party I instinctively reached down for my pistol and had a moment of awkward panic before realizing that I was being absurd. I had developed such a strong habit of waking up two or three minutes before my alarm that I often woke up thinking I had to be somewhere. I was so used to being on guard when in public that it was hard to truly relax at first.

I had to go back to Camp Pendleton for most of the next two weeks, most of which was spent in stress and readjustment classes (the merits of which I won’t debate here) that for me caused way more stress than they relieved. They may have been helpful for other reservists making the slow transition back to civilian life, but I was missing class! At least I learned that normal combat stress symptoms take 6-12 weeks to go away, which was reassuring. But now I’m back into my old routine, going to class, playing rugby, throwing parties. It’s been a strange transition, like when you wake up and realize that world you were just in while you were dreaming is not the world you are in now as you sit up in bed. And you sit there for a while and ponder the significance of what you were dreaming and wonder what the dream might have revealed about you. It definitely had some relevance. But then you shake it off, get out of bed, and go on with your day. That’s what it’s been like for me, waking up from a bad dream. It’s almost as if it happened to someone else already. Don’t get me wrong though, I had a great experience, and I’ll never regret volunteering for a second. 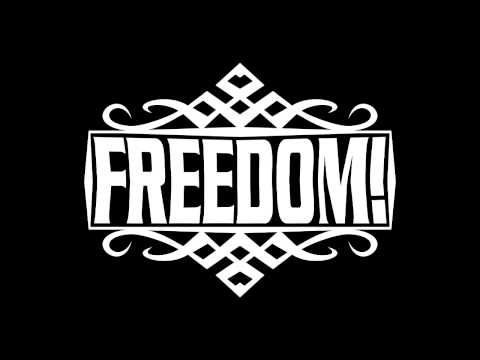 *I am the author of FREEDOM!, a book endorsed (I mean banned) by the US Department of “Justice.” You can get a copy here. I’m running for Not-President in 2020 on the platform of the peaceful, orderly, and responsible dissolution of the United States federal government. You can find out more here. You can find an event near you here. Whoever has the top comment on this post after 24 hours can claim a free signed copy of FREEDOM!
Posted in Uncategorized and tagged freedom, Iraq, kokesh, politics, war