What does it mean to be a Freedom Fighter? In this series I have covered several people that I gave that title to. Some of them were forgotten almost entirely, like Thomas Young. Others are well known, but not for their efforts in the cause of liberty, like Muhammad Ali. So far, the individual who, in my opinion, fits the title “freedom fighter” the most is Geronimo. Every man and woman that my wife and I have introduced to you has been interesting and a serious player in the history of liberty. They, through their words or deeds, have moved the world closer to a place without the destructive force of the state. Our history is full of these wonderful people and I look forward to discovering more myself and sharing them with everyone. This subject, as the last post I wrote certainly shows, can evoke emotions and sadness. In this post, I hope to tear down that depressing image with laughter. 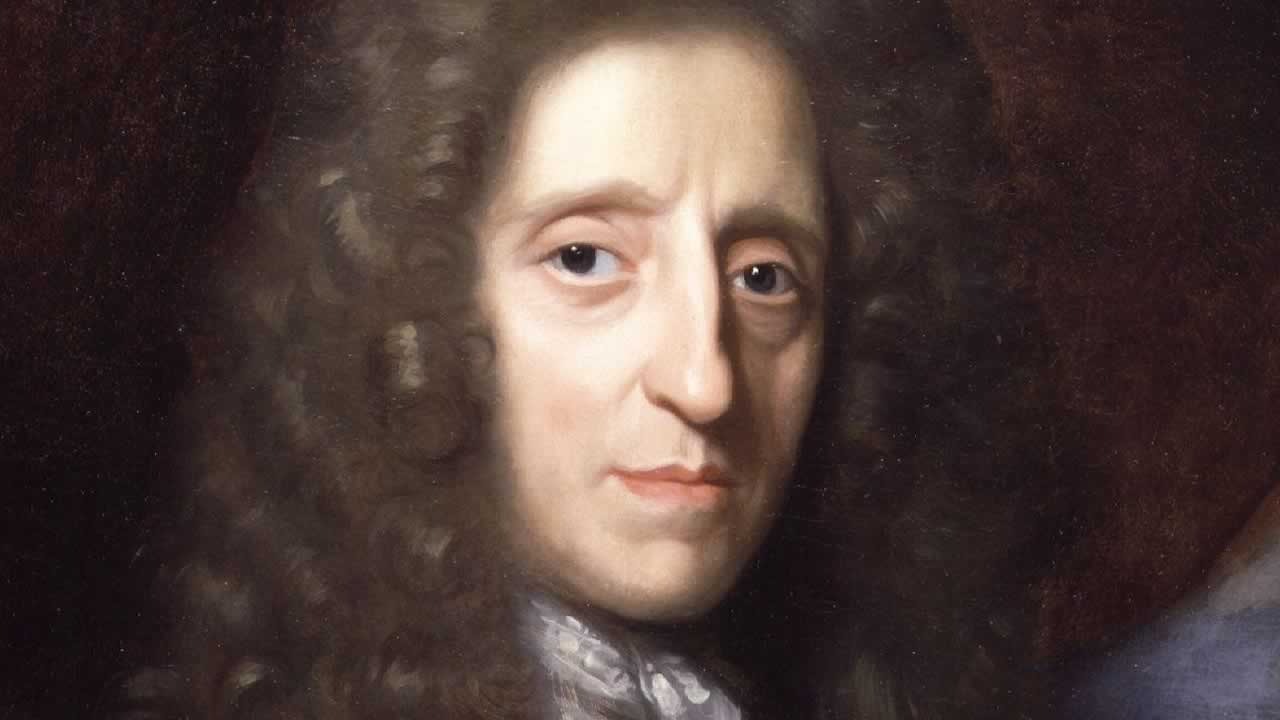 In 1717, Francois-Marie Arouet was arrested for writing a satirical poem about the king of France and religion titled, La Henriade. He was promptly imprisoned in the Bastille. Upon his release from this prison he said, “I thank your royal highness for providing me with food, but I hope you will not hereafter trouble yourself with my lodging.” This man went on to rename himself Voltaire. His literary works are celebrated to this day as masterpieces. Not only is he loved for those works but also for his wit and comments on the politics and religion of his time. Voltaire is credited for helping to influence the French people to rebel against their oppressive monarchy.

I absolutely adore Voltaire. My brother frequently teases me about my obsession with him. Voltaire’s thoughts and views are amazing on all subjects that interest me. He destroys, with his sense of humor, both Kings and Popes and does it with so much style that these men did not even know they were being attacked.

It is unsure exactly when Voltaire was born. He claims to have been born February 20th 1694. None the less, he was born around that time in Paris. He was the youngest of five children. From an early age he wanted to be a writer. Much of his young life was spent writing poetry. His aristocratic family put him in contact with several influential nobles. Because Voltaire refused to work for the notary that his father had secured employment from, he was sent to work for the French ambassador in the Netherlands. While in the service of the Marquis De Chateauneuf, he fell in love with a protestant woman. Voltaire’s family were all devout Catholics, so this was a huge scandal. The Marquis sent the boy back to France.
In Paris, Voltaire became well known to the authorities for his opinions about government. One of his verses accused the regent of incest. This led to his imprisonment. His first act after being released was to again make fun of the government. The play called Oedipus received critical acclaim but made Voltaire no friends in the monarchy.

After this success, he wrote a flop called Artemire. This was followed by an epic poem on King Henry the 4th. The poem was denied publication. To get this work published, he left France for the more tolerant environment of the Dutch. Upon returning to France, he was finally able to get his poem published in his home country. This, again, got him imprisoned. He would eventually be sent into exile in Britain because of his continued attacks on the French monarchy.

While in Britain, he was introduced to many influences. His religious beliefs would become less traditional, and his critiques of government grew in severity. Over his lifetime, he continued to write and share his opinions. His most celebrated work is a Novel called Candide. This work is certainly a satire on all sorts of topics, but the section on Eldorado, or the city of gold, is the most widely read example where he showcases the absurdities of government. He pokes his finger into the eye of the establishment. The roads in Eldorado were made of gold and fine gems. The main characters were impressed by the wealth and presented it to the natives of the Central American city who promptly threw it on the ground. Gold was nothing more than road gravel to these strange inhabitants. In this land there were no courts of law. The inhabitants paid homage not to laws and governance but to science and nature. The two outsiders in this fabulous and peaceful city recognized that this was a better place than their homelands. Still, they did not learn the many lessons that could be gained in Eldorado. Upon leaving, they asked that they might take nothing more than some road rocks with them.

Although Voltaire, like John Locke before him, was not what I would call a Voluntaryist, he was another voice of individual rights. His writings along with his sometimes friend, Rousseau’s, would help inspire the French Revolution. Here are a couple of quotes that show his opinion of self ownership; “Man is free at the moment he wishes to be.” and “Liberty is not and cannot be anything but the power of doing what we will.”

He says these things of freedom,

“Virtue supposes liberty, as the carrying of a burden supposes active force. Under coercion there is no virtue, and without virtue there is no religion. Make a slave of me, and I shall be no better for it.”

“…So long as the people do not care to exercise their freedom, those who wish to tyrannize will do so; for tyrants are active and ardent, and will devote themselves in the name of any number of gods, religious and otherwise, to put shackles upon sleeping men.”

This quote brings to mind the analogy so many people in the Freedom Movement make, when they say that they were awakened by this or that. His influence is everywhere. A few years ago Judge Andrew Napolitano used one of Voltaire’s quotes as the title to one of his books, “It is dangerous to be right when the government is wrong.” Our movement is full of the spirit of Voltaire. 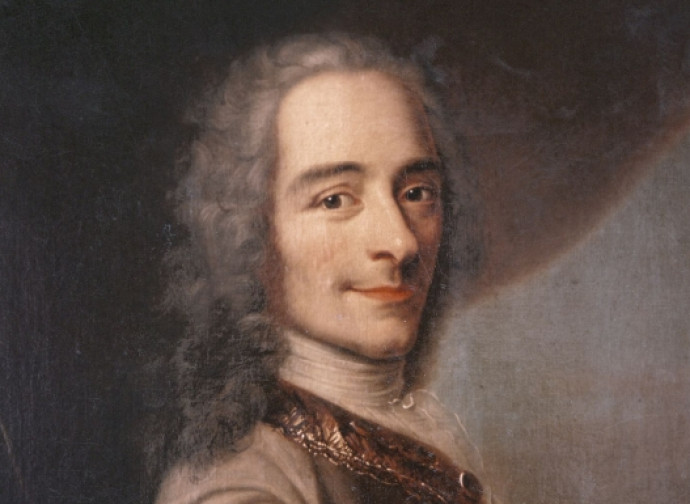 With these quotes, I have shown how he feels about freedom. He despised governments as well. He once stated how he thought the best government would be constituted, he said, “An ideal form of government is democracy tempered with assassination.” Imagine how our current set of government officials would feel about that quote with their approval numbers seldom being able to break double digits. Truthfully, he did not like democracy and said this of the public, “The public is a ferocious beast; one must either chain it or flee from it.” Monarchy was, in his opinion, just as bad, “The sovereign is called tyrant who knows no laws but his caprice.”

It was his opinion that those who were in power were corrupt. He faced these kings with his sharp tongue and would not be forced into submission. As a warning to those who still believed they were free under the governments of the time he wrote this, “To learn who rules over you, simply find out who you are not allowed to criticize.” Apply that to today and you will quickly learn that political correctness has us serving many masters.

Today the wisdom of Voltaire can be applied to several of the issues that Libertarians care about.

“The art of government consists of taking as much money as possible from one party of citizens to give to the other.”

Likely the best examples of his membership in the history of the Freedom Movement are his opinions on war and patriotism.

“It is forbidden to kill; therefore all murderers are punished unless they kill in large numbers and to the sounds of trumpets.”

“It is lamentable, that to be a good patriot we must become the enemy of the rest of mankind.”

I realize that to compare these quotes to the actions of people who have actively fought against the oppression of government might seem foolish to some. I disagree. I study history, and yes, many of the battles for liberty were fought on a field with one soldier defeating another. It is better, in my opinion, that those wars never need to be fought. Sometimes, that does happen, as can be shown in the case that was made by John Locke’s influence on the “Bloodless Revolution.” It is in the arena of ideas that we will win. No one wins in war, even struggles fought for freedom. Imagine the genius that would have come out of Thomas Young survived the Revolutionary war being waged. Geronimo might have become the best of Native American minds if his will to be free had not needed to pick up arms. It is the spirit of Voltaire, with wit and comedy, that must inspire us to lay down the arms and allow our pens their rightful place. What, also, is important about Voltaire is that he makes you laugh. I watch this all the time in our movement. I have gotten to know some wonderful people. Adam Kokesh is certainly an intense person to know, but watch any of his videos, and you can see the trickster that has caused me to laugh out loud. As the campaign sat around in Arizona just before the convention, the room had been full of planning and conversation about several serious topics. Without warning, Adam put on a Weird Al song called “Tin Foil,” and erupted into song. Ben, our chief strategist, is full of amusing stories that always lighten the mood. Our meetings are fun, and usually involve an element of irreverence. I love the freedom movement. Voltaire possesses this energy, and it is by his example that we will be successful. He lived in a time where a person who challenged authority was usually immediately imprisoned or killed, yet, because he was able to reach people with his humor he survived and is considered a literary master.

In closing, here are two more quotes I find enlightening. The first is about our challenge ahead. Many people in this country are stuck in the paradigms that the government or society has attempted to lock them into. Voltaire warned, “It is difficult to free fools from chains they revere.” In my experience, that is certainly true. The good news is that once someone is free from those chains, they seldom put them back on. We are a growing movement.

The final quote is concerning our opponents, in our case the government. This quote in that case has never been truer.

“I have never made but one prayer to God, a very short one: Oh Lord, make my enemies ridiculous. And God Granted It!”