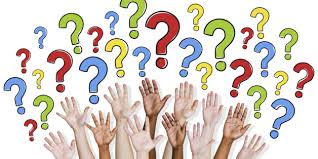 This is my response to the questions posed by @sastrohm in this post:
https://steemit.com/politics/@sastrohm/questions-for-2020-presidential-candidate-adam-kokesh

“You, Mr. Kokesh, propose to do something even more extreme, to dissolve the federal government completely, peacefully, of course.”

What I am proposing is less extreme because it allows states to have as much or as little government as their people want more or less.

“That is a radical departure from most libertarian platforms of the past.”

Not really. Darryl Perry had a similar platform in ’16 and there have been others proposing something similar.

“As I understand it, Libertarianism has historically argued for “limited government,” not the eradication of government.”

If you read the statement of principles, it argues for government to be voluntary. And I’m not advocating for anything near eradicating government with my platform. Getting rid of the fed only gets rid of 3/22 million government workers in the US.

“I imagine that even most libertarians would object to the eradication of the military.”

No true, but that’s not my platform anyway. In my plan, the legitimately defensive parts of the military will be apportioned among the states.

“So I’m sure you’ll have a difficult challenge convincing many to dissolve the Federal government completely, even on this single issue.”

Nope. It’s been very easy actually. In four national tours over the last four years, the most common thing I hear is, “I don’t vote on principle, but I’ll come out and vote for that!” Being a combat vet helps get people’s attention for whom that matters too.

“Really, what you are proposing is not libertarian, but bringing about anarchy, through the Libertarian party.”

I don’t think you know what these words mean. I have never heard a definition of “libertarian” that includes the idea that people should have rulers. So anarchist when defined as “belief in no rulers,” is synonymous with libertarian.

“Take the DEA, for example. How do you get from it existing today to it not existing next month?”

95+% of personnel go home on day one. A skeleton crew remains to handle the records and physical property. When that’s done, they go home too.

“How do you plan to assist the hordes previously employed there to find new jobs?”

Are you asking me to start a federal jobs program? Because I won’t do it.

“How do you eliminate their pensions?”

Stroke of the pen, law of the land. It’s kind of nice how executive orders work like that!

“How do you explain to people just how they should proceed regarding the new direction?”

I’m not sure what you mean by this question. My general advice is do what you love that meets your needs.

“How do you eliminate the portion of the prison-industrial-complex that would no longer be required as a result of just this single agency elimination?”

Federal prisons that do not have a use for state governments would be liquidated like most other physical assets of the federal government. As for the private leeches on the prison system, that’s their problem.

Foreign bases are closed and sold and all personnel and equipment brought home. Then we separate the defensive weapons and programs from the offensive and wasteful programs. The defensive elements get apportioned among the states and the rest get liquidated.

Actually, about 42% of ELIGIBLE voters stayed home in 2016. Less than 30% of Americans vote consistently in all the off-Presidential races. We can write them off and still win, but we will probably win about half of them too.

“Another crucial element of maintaining a free people, a free republic or a free association of states is that such a circumstance requires a people with an IQ significantly above 95.”

Really? First I’ve heard of this. What studies do you have to back up this assertion? I’m pretty sure it’s incorrect. People just have to understand that peace and freedom are better than war and control. You don’t need an IQ of 95 to understand that!

“In recent decades additional threats to democracy and liberty have arisen such as Twitter, Facebook, Apple, and Google. Potential: great. Reality: not so much. These companies are free-market enterprises that have become gargantuan monopolies now poised to endanger the republic.”

Do you really think that a corporation with huge special privileges from government is a free-market enterprise? If so, you and I have hugely differing definitions of the free market. I define a free market as an economic system in which all commerce is free of coercion. These entities have highly benefited from the coercion of government. Also, the only legitimate democracy is one that you can peacefully walk away from, so governments don’t count.

“How would a country without any federal government be better able to keep in check such threats to future freedom?”

Without government we have market accountability without the violent interference of government. Ending the fed gets us a big step closer to that.

“How will you convince the feminist sirens and their anachronistic white knight protectors that they are wrong and unhelpful to a more free, more caring, more libertarian society?”

I don’t have to. I just have to convince them that everyone is happier and more likely to get what they want the more local that government is.

“How do you divest the military-industrial-complex from the Federal government?”

Take away the federal government that pays for the MIC.

“How do you do that in a way that still allows us to protect our nation during the lengthy process of eliminating the federal government, until such time as the free market provides a way to protect the people here who want to live free?”

Do you really believe that having a military makes us safer? The founders of this country, as well as common sense, would tell you otherwise. Militaries protect governments. Militias protect free people.

“How do people who want to live free protect themselves from the many others who prefer to be slaves to a nanny state?”

Why do you need to be protected from people who don’t believe in gun ownership?

“What would stop any of the other nations of the world from invading us immediately after our military and arms-making capacity was reduced?”

“Short of throwing at me some non sequitur or platitude, do you have an inkling of how you as president would deal with all the complainers, the shrill third of society content in their comfort with the current status quo (from the billionaire welfare globalists to the low-IQ sheep)?”

I won’t have to. I won’t be President for more than a day. The less we respond to unreasonable emotional outbursts, the less power they have.

“How would your presidency counter the threat from current or future 1984ish technology tyrants such as Dorsey, Zuckerberg, Cook, Schmidt, and Bezos and their minions?”

It’s not the government’s job to counter any threats. The most important thing is to remove their government backing and let the market develop better blockchain-based alternatives.

“Do you recognize the value of the United States as and entity—an entity that will lose it’s value if it no longer has a border?”

Putting a government border around something restricts the free market and thus reduces the value of any entity. The only legitimate borders are private property borders. Government borders are unethical, illegitimate, and an impediment to free trade.

“Without a border the globalist invasion of this country, like most of the other Western nations in Europe will continue unabated and Western ideals will be bred out of existence. How do you reassure those of us who see value in Western traditions?”

Not a problem when we get rid of the welfare state.

“How would society deal with the influx of so many morally corrupt persons (politicians, shadow government bureaucrats, …) suddenly foisted upon society?”

It is government that foists them upon us. Without government, they must compete in the market by serving people rather than by forcing us to serve them.

I hope I have satisfactorily answered all of your questions.