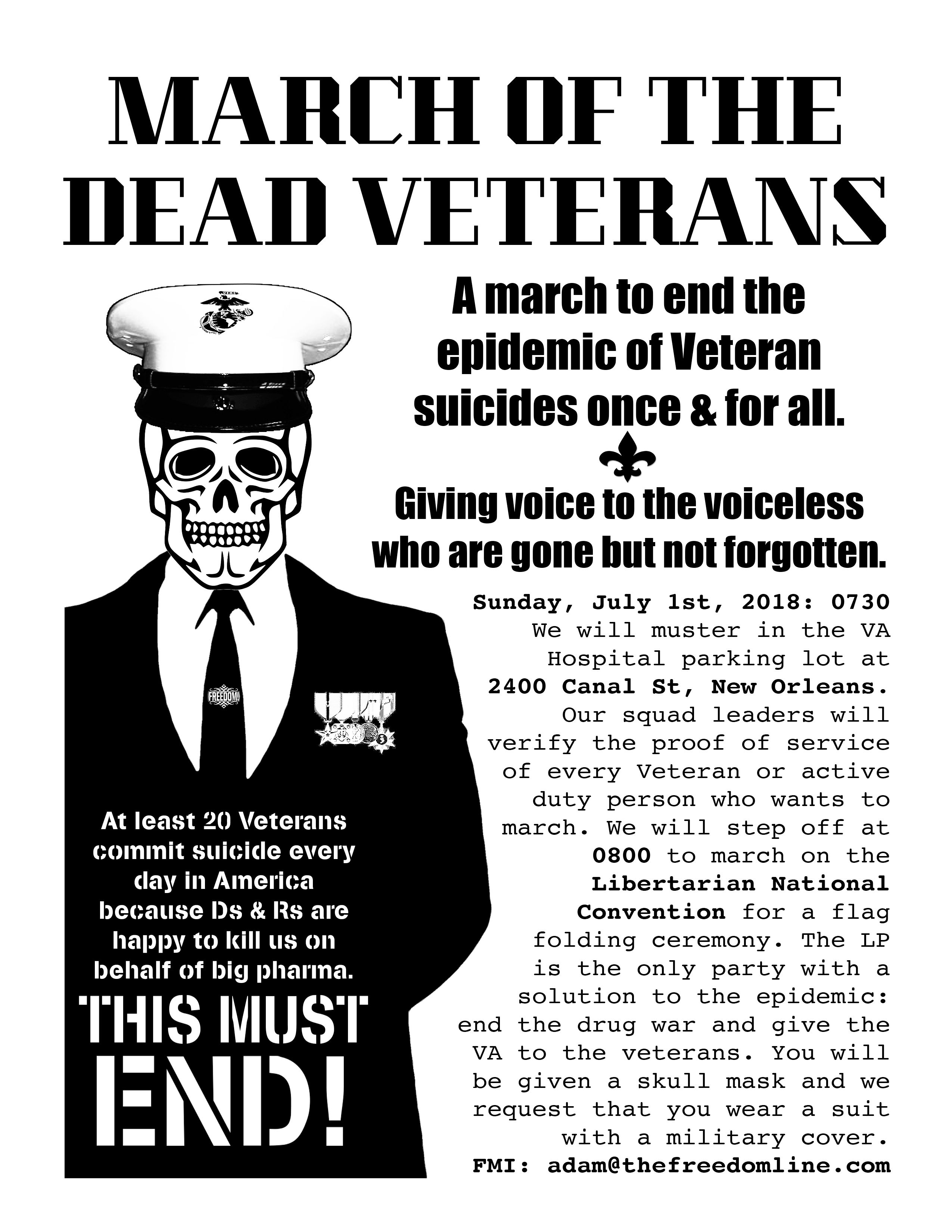 When I got out of the military and joined Iraq Veterans Against the War, I started a peer support group for veterans with PTSD because I was sick of seeing the veterans around me struggle and didn’t want to let anyone whom I knew personally become casualties of this silent war. We called it Homefront Battle Buddies. I thought that the problem would subside or that if the root causes weren’t addressed, the American people would at least be able to properly confront the epidemic of veteran suicides. Neither has happened. We still have a VA pushing dangerous psychotropic medications that LIST suicide as a side effect. We still have the CRIMINAL war on drugs that keeps veterans from pursuing safe and effective treatments. Despite Trump saying that terminally ill patients should not have to go abroad to seek experimental treatments, veterans are made criminals for using drugs that actually treat PTSD. Please help me do something about and get the American people to face up to the reality of this problem. Please let every veteran you can know about this, especially those in the New Orleans area. Please spread the graphic above everywhere you can, but especially to military and veterans groups.